Matheran is a Hill Station and a municipal council in the Raigad district in the Indian state of Maharashtra. It is a hill station in Karjat Tahsil and is also the smallest hill station in India. It is located on the Western Ghats range at an elevation of around 800 m (2,625 feet) above sea level. It is located around 90 km from Mumbai, and 120 km from Pune. Matheran’s proximity to many metropolitan cities makes it a popular weekend getaway for urban residents. Matheran, which means “forest on the forehead” (of the mountains) is an eco-sensitive region, declared by the Ministry of Environment and Forest, Government of India. It is Asia’s only auto-mobile-free hill station.

There are around 38 designated look-out points in Matheran, including the Panorama Point that provides a 360 degree view of the surrounding area and also the Neral town. From this point, the view of sunset and sunrise is dramatic. The Louisa Point offers crystal clear view of the Prabal Fort. The other points are the One Tree Hill Point, Heart Point, Monkey Point, Porcupine Point, Rambagh Point, and more. To stay there, there are plenty of hotels.There are a lot of Parsi bungalows. Beautiful old British-style architecture is preserved in Matheran. The roads are not metalled and are made of red laterite earth. There are many “points” (viewpoints) in Matheran which give a panoramic view of the plains below. 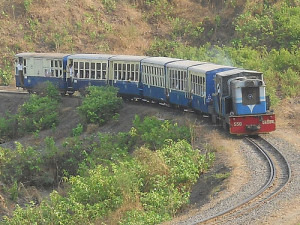 Angstron Materials Inc. has developed a family of thermal foil products ideal for smartphones, and other hand-held devices. The new thermal foil sheets have a thickness of from 5 um to 40 um and thermal conductivity between 800 W/m-K and 1,700 W/m-K. The sheets offer design flexibility and they are available in different grades; they are also cost-effective.

These thermal sheets are ideal for use in EMI Shielding, smartphones, tablets, laptops, flatscreen TVs and other applications.

“The Auto-Ranging Series (M105) coolers are a rugged, durable unit designed for a variety of applications. The flexibility of these auto ranging units makes them the ideal choice for virtually any power scenario, eliminating the need for transformers. This design is also a great fit for the early phases of a project where the AC power supply is undefined,” Lori Galdo, EIC sales engineer, said.

The air conditioners have an operating temperature of up to 140 degrees Fahrenheit and advanced circuit design which allows units to run on 120 or 240 AC power. The coolers offer advanced protection of electronics in many different environments. Some ideal applications for these coolers include computers, control panels, sensors, telecommunication systems and surveillance devices.

Piezoelectric fans seem to represent an example of research and development that has culminated in a product that is deceptively simple. Although piezoelectric technology is capable of producing rotary motion, the fans operate quite differently from rotary fans, as they generate airflow with vibrating cantilevers instead of spinning blades.

Piezoelectric, as derived from Greek root words, means pressure and electricity. There are certain substances, both naturally occurring and man-made, which will produce an electric charge from a change in dimension and vice-versa. Such a device is known as a piezoelectric transducer (PZT), which is the prime mover of a piezoelectric fan. When electric power, such as AC voltage at 60 Hz is applied, it causes the PZT to flex back and forth, also at 60 Hz.

The magnitude of this motion is very tiny, so to amplify it, a flexible shim or cantilever, such as a sheet of Mylar, is attached and tuned to resonate at the electrical input frequency. Since piezoelectric fans must vibrate, they must use a pulsating or alternating current (AC) power source. Standard 120 V, 60 Hz electricity, just as it is delivered from the power company, is ideal for this application, since it requires no conversion.

[If direct current (DC), such as in battery-operated devices, is the power source, then an inverter circuit must be employed to produce an AC output. An inverter may be embodied in a small circuit board and is commercially available with frequency ranges from 50 to 450Hz.]

Driving the fan at resonance minimizes the power consumption of the fan while providing maximum tip deflection. The cantilever is tuned to resonate at a particular frequency by adjusting its length or thickness. The PZT itself also has a resonant frequency, so the simplistic concept of adjusting only the cantilever dimensions to suit any frequency may still not yield optimum performance. (Conceivably, tuning the electrical input frequency to match existing cantilever dimensions may work, though with the same caveat, that the resonant frequencies of all the components must match, within reason.